When it comes to brand name jewelry, traveling to the store that sells it isn’t always an option. While there are Tiffany stores in South Florida, there are none in Fort Lauderdale. There are, however, pawn shops, and because pawn shops source jewelry, you can find Tiffany rings, pins, earrings, or other sterling silver items right here in town. And because our items don’t come from the retail stores, they’re often items you won’t find there—and at much better prices. 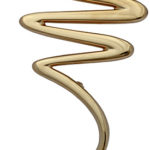 The Tiffany luxury, recognized for its luxury, style, and reputation is world-renowned, especially when it comes to diamond jewelry. Founded by Charles Lewis Tiffany and John B. Young in 1837 as Tiffany, Young, and Ellis, the company didn’t focus on jewelry for over 15 years, until Charles Lewis bought out his partners and gave its solely eponymous name.  The name became so associated with luxury jewelry and diamonds that, 24 years later, when Charles Lewis purchased a 287-carat fancy yellow diamond, it became known as the Tiffany diamond and gave the business a reputation only a stone like could generate (Tiffany even makes the Super Bowl trophy!). This incredibly rare gem is on display at Tiffany’s flagship store on Fifth Avenue in New York; occasionally, you might catch it on tour. Twenty-four years later, he would purchase the 287-carat fancy yellow diamond that became known as the Tiffany diamond; today, the diamond occasionally tours but holds a place of honor at Tiffany’s flagship store on New York’s Fifth Avenue.  This store is one of 167 around the world. 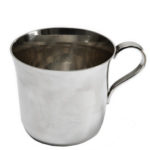 If you’re thinking, “When I think of Tiffany, I think of that aqua blue,” that’s also correct. The color is Pantone 1837, and even if you can describe it, you can’t buy it. That’s because the company actually owns the color, one that has come to be synonymous with luxury, stellar craftsmanship, and high quality standards. And you’ll own those if you buy a Tiffany piece at National Pawn and Jewelry in Fort Lauderdale.